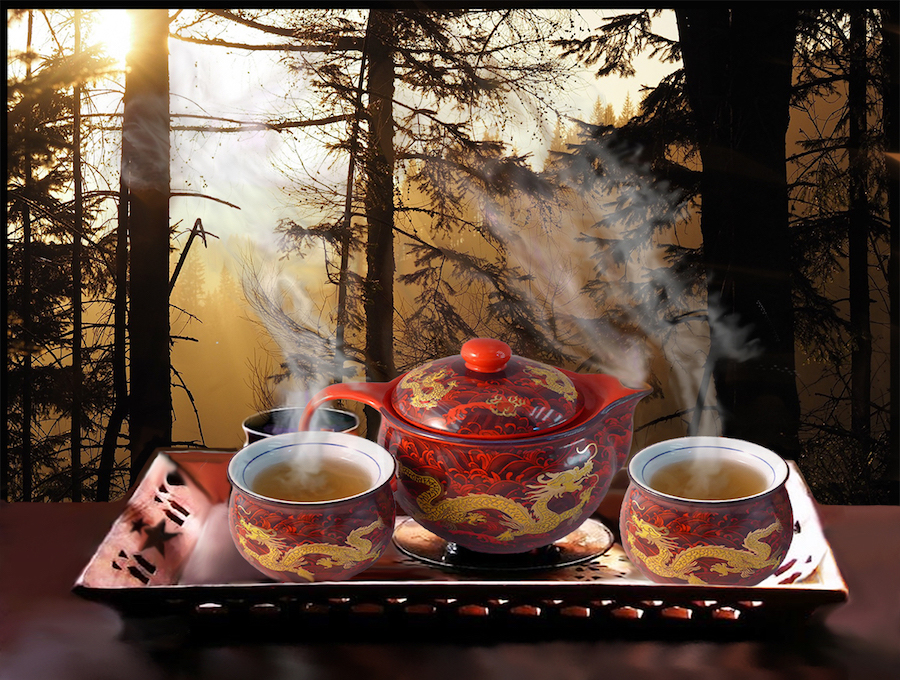 “Yes, conceal yourself! Tuck yourself away!”

“But my dear, that’s simply impossible.”

“Please try. My parents laid waste to every princess wishing to wed me. They have their own particular idea of perfection and nothing else will do.”

Golden hair or raven black. Skin like snow or blushing peach. The voice of a dove and a demeanor so delicate two sneezes would shatter composure.

Regina, perfect, lovely Regina, was none of those things.

There was a clattering out in the courtyard. Clutching two freshly poured cups of tea, Ferdinand flailed and spilled his way to the window. Peeking out, his eyes went wide — the royal carriage was creaking to a dusty and ominous stop before his door. He pulled his head back in. Doom was upon him. Soon their disapproving forms would loom over him, frowning down upon his recently-wedded bliss. What fault might they imagine in his beloved? Would they demand an annulment of whispered wedding vows?

“You don’t understand. My father believes a perfect match is measured by complimentary shoe sizes. He had a horrid, glass thing molded after my foot and charged about the country telling maidens to try it on. I was ordered to marry whoever it fit.”

“Gracious. But your feet are… petite. Think of them next to my toes!”

“And gorgeous toes they are! But maidens were lopping off bits of their feet for a chance to marry royalty. I had my knights steal the cursed thing. And Mother! She had a girl sleep on a tower of mattresses to test her sensitivity to peas at the bottom.”

“A tower of mattresses doesn’t sound so bad.”

“It wasn’t, until the girl fell off.” Ferdinand sighed. He hadn’t been clever enough to subvert that sorrow.

“That must have changed their minds,” Regina said, in calm, soothing tones.

“Change their minds? Heavens forbid!” He supposed the royal shoemakers had held back the King’s footwear excesses, until those elves swept the business out from under them. And as for the Queen? “My mother is very particular. Magically particular.”

“I have twelve fairy godmothers. But they never gave me the gift of behaving according to Mother’s expectations. She still hasn’t forgiven me for smuggling mice out of snowstorms and into the kitchen. They were lovely house guests.”

Deep chuckles echoed through the chamber. “Was that the start of your sanctuary?”

A drum-roll of knocks shook the bedchamber doors. Gah. He’d been wallowing in the past while the present was barreling down upon him, and he had naught but teacups for defense.

With a boom, the doors burst open. In strode King Harald of Quintessia, royally rotund and twirling a king-size mustache. Beside him floated Queen Margreth, royally refined and holding her elegant nose high.

“Ferdinand,” boomed Harald. “What’s this nonsense about you choosing a bride?”

Ferdinand wanted to explain how not-nonsense it was, but his voice had crawled down his throat. All that came out was “Geeeaaaaaghhh.”

“Articulate as ever, are we?”

Margreth surveyed her son’s bedchamber with the haughty disapproval she would give a post-banquet tablecloth. Cushions littered the floor, along with forest maps and Sanctuary expansion ideas scrawled in both his and Regina’s handwriting. Regina’s huge, looping letters had torn one map.

Margreth laced her queenly fingers tightly. “Well? Who is she?”

“My poor, naive boy.” The Queen approached him and gave his forehead a solid smack that crossed his eyes. “How did she ensnare you? Never mind. What’s done can be undone.”

King Harald huffed. “Crown and country, boy, who is it? Princess Bellaloma?”

Ferdinand suffered a horrid image of Bellaloma and all eleven of her sisters fleeing into the woods, banished barefoot from the kingdom, their wrong-sized ballet slippers tossed to the palace hounds.

“Oh,” gasped the Queen. “It’s not Princess Rosamund, is it? She blathers endlessly and has but one fairy godmother.”

Rosamund. She didn’t just talk with animals, as he did, she sang at them. Incessantly.

In an attempt to stem Rosamund’s endless chatter Ferdinand had taken her on a tour of his woodland sanctuary project, hidden and warded against hunters. Rosamund serenaded the woodland creatures into howling distraction.

And when the animals called their princess for help…. Oh, what a striking figure Princess Regina made, sweeping down from above, wreathed in fire and wind.

Regina, who danced shoeless with fauns and unicorns. Regina, who drove away every hunter seeking heads for their trophy wall. Regina, whose kingdom thrummed with the melodies of songbirds.

Rosamund had fled, skirts trailing smoke. Only peace, Ferdinand, and Regina remained. She’d taken one look at his attempts at a sanctuary and said, “Intriguing. Show me more.”

Inspired by the memory, Ferdinand coughed his voice back to life. He should have stood up to his parents long ago. But now, he had Regina. For Regina, he would face anything.

“Father, Mother, allow me to introduce Princess Regina of the kingdom of Fauna.”

“Please, just Regina,” murmured the rumbliest of voices. Claws clinked against the stone floor. Scales rasped. Out stepped Regina, rising to her full, ceiling-scraping height. She of the regal draconic face and ruby scales, a plume of spines tracing the lovely arc of her neck. And oh, those wings, draping her frame like a garnet cloak, concealing all but the sharp arrowhead tip of her tail.

The King and Queen’s royal jaws dropped in perfect sync.

“Your tea, darling,” Ferdinand said, all but floating to her side.

“Thank you, my dear.” Regina blew across the teacup and set it steaming. “Good morning, your majesties. Ferdinand has told me so much about you. Tea?”

Their majesties sagged and screamed for the guards.

“Morning your Majesties, Prince Ferdinand, Milady.  Is the tea to your liking milady?”

The Queen glowered. “You know this… individual?”

The knight bowed. “Yes, your majesty. Our great-granddaddy hosts a poetry club with her uncle every month. His majesty attends reg’lar – very civil and refined it is. You’d go right off hearin’ his rendition of The Cobbler and the Cow.”

The King turned red. “Never mind that!” He rounded on Regina. “Just what is your shoe size young lady?!”

“And how many fairy godmothers have you got?” the queen demanded.

Regina steamed gently. “That’s not quite something we do.”

Ferdinand’s gasp was echoed by the knights. A soothing claw settled on his shoulder. Regina leaned over and exhaled a stream of bitter smoke.

“Despite shoe size and fairy godmother differences, we are legally and blissfully wed. And… we will be having a public ceremony for the whole kingdom. Tell them, Ferdie.”

“Oh yes! Invitations are on the way.”

“We can discuss it all in detail when my parents arrive for dinner,” Regina added.

The King opened and shut his mouth several times.

“Your parents?” gasped the Queen.

Regina smiled a toothy smile. What other lady in all the lands possessed such marvelous gleaming teeth? “Naturally. We’re family now. They are quite a bit larger than me though so dinner will be in the main hall.” And she arched her long sinuous neck and fixed her eyes down upon them.

Harald bounced on his heels, glancing from Regina, to the Queen, and back. “Well. I suppose shoe size is simply one of many considerations… ”

The Queen stared up mesmerized at Regina – towering, polished, perfectly composed, ruby eyes shot with gold gazing down upon her.

The queen blinked slowly. “Quite so,” she said.

Their Majesties drifted off, escorted by the knights, who were grinning wider than when ordered to steal a certain slipper and chuck it off an obliging cliff.

“Oh my,” Ferdinand whispered. “How did you make them so… amiable? So… mild? This is momentous!”

“Truly, dear, they’re not half so terrifying as your behavior led me to believe. Merely people after all.”

“Yes, dear. But from the way you talked, I was expecting basilisks.”

Ferdinand had been expecting two basilisks, but now that the terrifying First Meeting was past, it seemed what he could expect was a happy family.  It felt like a fairy tale. A good one, with tea and woodland sanctuaries.

“Tea and Sanctuaries” © Hannah Montine.  First published here in Cosmic Roots & Eldritch Shores, March 31, 2020
Hannah Montine hails from South Carolina, and every sweltering summer, dreams of running away to Alaska. She is a human jukebox, a savior of overly-adventurous lizards, and a graduate of Odyssey Writing Workshop.

Illustration by Fran Eisemann.  Forest stock image by Christina1966 from Pixabay.   Teapot and cups image by lcb from Pixabay