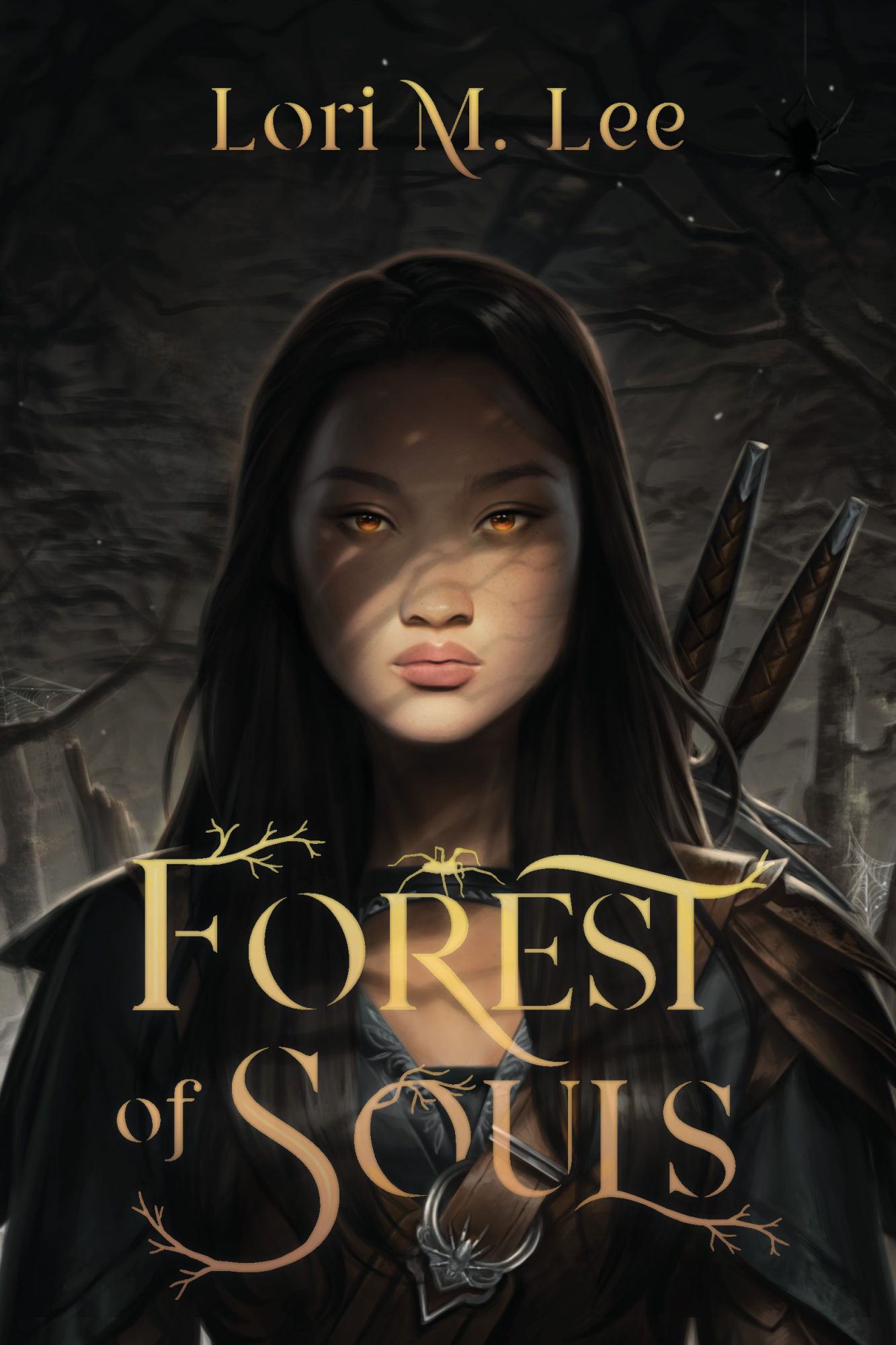 Forest of Souls, author Lori M. Lee’s third and most ambitious novel to date, is a showcase of well-loved Young Adult Fantasy staples as well as all the best ways in which the genre continues to develop and grow.

Sirscha Ashwyn is a royal spy in training, with powers she does not yet understand.  Much like in Lee’s debut novel, Gates of Thread and Stone, there are multiple themes running through our protagonist’s story that readers young and grown will identify with —

There is the effect of relentless bullying, and the fear that comes from a young life lived without any familial or monetary safety net. There is the uncertainty of knowing that academic survival depends on your ability to succeed despite your circumstances. There is the stark unfairness of how harshly punishment can fall on the shoulders of the less-protected, and less-privileged.

“I’m tired of being nothing,” Sirscha tells us at one point.  Betrayal cuts deep to her, because she has so little she can rely on already.

The steadiest relationship in her life is that with her best friend Saengo, and the book as a whole focuses refreshingly on friendship instead of falling into a typical teen love affair with the charming Prince Meilek, a supporting character who in a lesser novel would have been folded in as a romantic lead. The bond is strong between these young women, who defend one another without a thought as they champion, and learn to exemplify, the principle of standing up for the causes they believe in.

Aside from political machinations that weave through the background of Souls, the worldbuilding is meticulous and clearly more expansive than what is actually on the page – a bustling city feels tactile, a city name is evocative, and above all the Dead Wood, the dark forest around which our characters’ journey revolves, thrums with real power.

The Dead Wood is a character in and of itself, and as the story progresses, the shadow of some unknown horror hangs over its Spider King’s fortress. The forest whispers at Sirscha to run – but does it speak for good or evil, and with whose voice, and to what end? Desperate to find out, this reader kept turning the pages until late in the nighttime, demolishing bags of potato chips as she went; the depth of storyline even soothed her personal aversion to first-person present-tense storytelling, an admitted staple of the genre.

Nevertheless, Forest of Souls is engaging through to its hair-raising conclusion, where it gently leads the reader right over the edge of a cliffhanger and leaves them wishing for more.

Here is the illustrated video trailer that was put out for the book:

Lori M. Lee’s  Forest of Souls is a 2020 Junior Library Guild selection and the first in her Shamanborn series.
She is the author of two previous books, Gates of Stone and Thread, and The Infinite.
She also has stories in the anthologies A Thousand Beginnings and Endings and Color Outside the Lines.
Lori considers herself a unicorn aficionado, enjoys marathoning TV shows, and loves to write about magic, manipulation, and family.

The review was by Emily Rose, aka the videographer for our podcast crew.  She also created the book trailer:)

You can comment on this story at The Forums and on our Twitter page.
You can Subscribe, from amongst our sliding scale subscription choices, to receive notifications of future publications,
and to help us bring you more stories, artwork, podcasts, and articles.